Celtics deliver as expected against Rockets 90-108 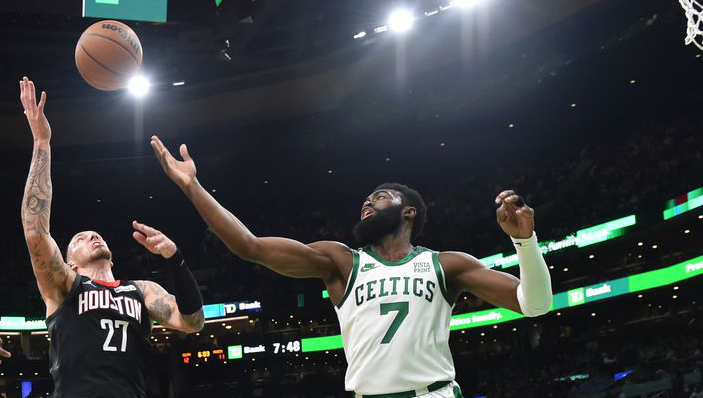 The were no surprises Monday night at TD Garden, after the Celtics took care of the Rockets 90 – 108.

Boston came into their third home game in the stretch on a 2-gae winning streak and without much fanfare or fireworks the Cs extended it to 3 games, after beating the Rockets by 18 points. The game began in a leisurely pace, Houston managing to keep it somewhat competitive and flip the court for the second quarter trailing only by a single point. Boston, however, woke up in the second, with Tatum getting fired up and the Celtics went to the locker room with a decent, albeit unimpressive, 5-point lead.

There is a reason why the Rockets remain at the bottom of the Western Conference, however. After the break the Celtics were dead set on putting the game to bed, and the Rockets had nothing in reply. The Cs closed the 3rd 16-34 and the rest of the game was just a formality. Houston managed to scratch off 5 points from their deficit in the final quarter, but it hardly mattered. Final score on the board Houston 90 – 108 Boston.

As usual, Jayson Tatum put in a shift on Monday, scoring 30 points with 6 rebounds and 3 assists to boot, while Jaylen Brown netted 19 and Dennis Schröder adding 18 points to the Celtics tally for the night. Al Horford went for a double-double, scoring 11 and rebounding 11. The Rockets starting forwards Jae’Sean Tate and Christian Wood managed to score only 6 and 4 points respectively. Armoni Broos was the leading scorer for the Rockets with 17 points.

It was nice for the Celtics to get an easy, morale-boosting victory, considering their final home game is on Wednesday, against no other but the Eastern leaders the Brooklyn Nets. The Nets are coming in on a 3-game winning streak and leading the standings with a 13-5 record. Meanwhile, the win over the Rockets saw the Celtics improve to 10-8 and up to 6 position on the Eastern Conference table.